Dave Kendall produced a film to commemorate the bicentennial of the Santa Fe Trail in 2021. The trail crossed the Flint Hills region as it made its way from Missouri to New Mexico. The film focuses on the historical importance of the trail in helping develop the United States.


Dave Kendall produced the film, “Prairie Women: Engaging Women of the Flint Hills.” Dave and his wife, Laura Mead, filmed some of the notable women actively engaged in the promotion, preservation and protection of the Flint Hills, as well as reflecting upon the pioneering experiences of those who came before them. The production focuses on women engaged in a variety of pursuits, from ranching and agri-tourism to songwriting and landscape painting. The film premiered in the spring of 2018.

Be sure and visit Dave’s website, prairiehollow.net and the Prairie Hollow Productions Facebook page to learn more about his film work and purchase copies of these films.


Every K-12 school in the Flint Hills was offered a large museum-quality map display free of change in 2016. The map display included a colored map outlining the Flint Hills, showing the remaining intact prairie and a selection of three associated side panels.

Over 180 Flint Hills schools have the Map on display in their buildings. The Map display is also located at seven colleges and ten public locations in the Flint Hills. The Flint Hills Discovery Center also displays two four panel maps on the second floor. One display is in the classroom and the other is located at the entrance to the Tallgrass Gallery. The regional Educational Map placement project was financed by over 60 private and public donors.

This is the first-of-a-kind educational Map program offered in the Flint Hills region. A major dimension of the project is the educational component which includes teaching materials available at the Flint Hills Learning Center. Click here to learn more.

The FHDC Foundation was able to secure funds through the 2020 Friend of the Flint Hills fundraiser and the 2020 year-end appeal. It was the commitment of the Foundation to fund this van purchase at 100%, with no city tax dollars being used. In addition, the Foundation will provide funds for the FHDC to place a graphic wrap on the van.

“The opportunities for the FHDC programs to reach out and go into the Flint Hills are significantly increased with the capacity of the new 15 passenger van.” Said Bruce Snead, President of the FHDC Foundation. 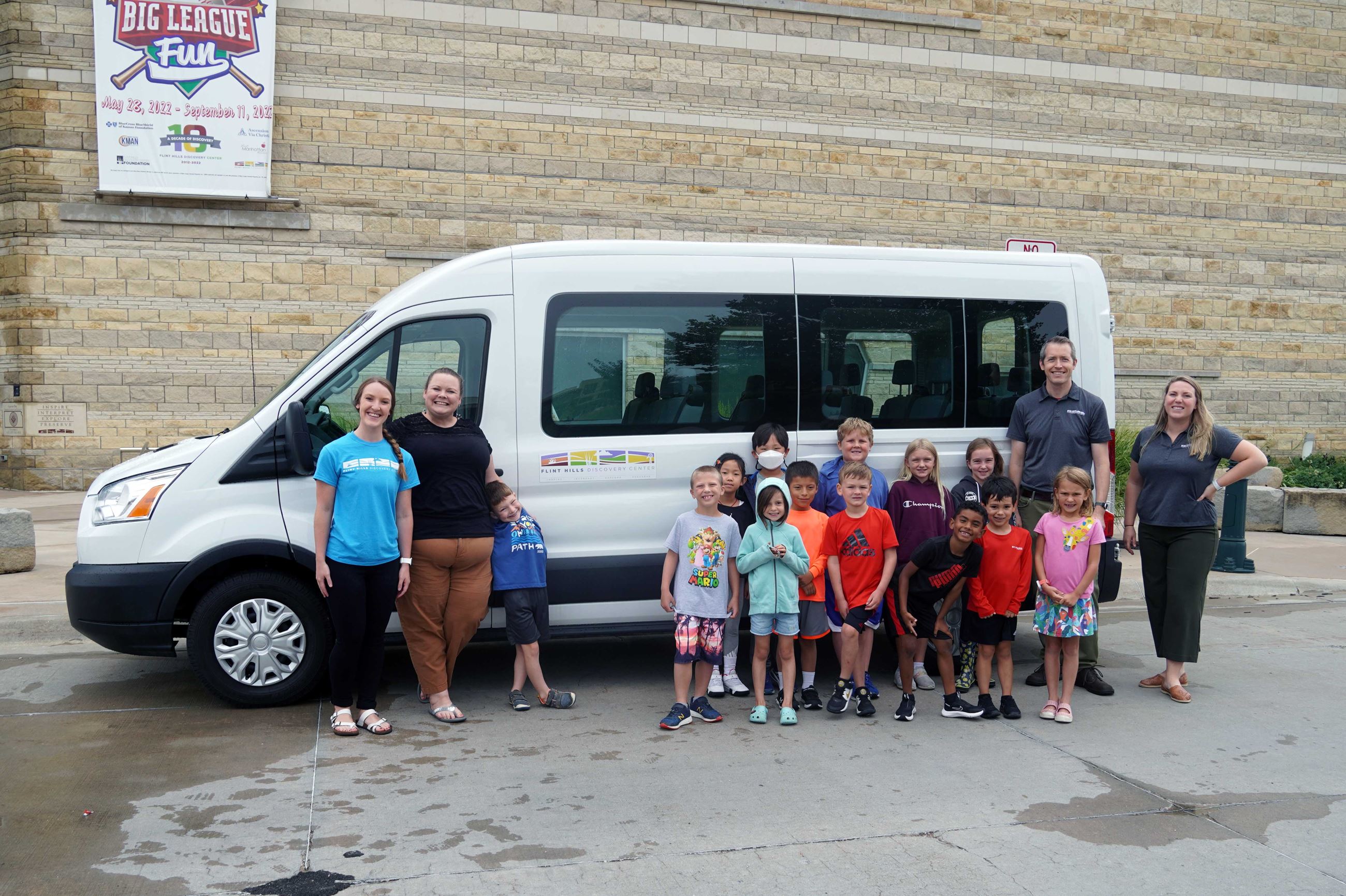 From time to time, the Flint Hills Discovery Center staff, in collaboration with the FHDC Foundation, develop programming or identifies projects that depend on outside support for implementation. For more about current opportunities to fund special projects, please contact the FHDC Foundation at 785-748-1275.